At D&B Construction, we believe our team is what sets us apart. We are a team of good people who love to build and work hard with our success built upon long-standing relationships anchored in honesty, trust, and fairness. Our purpose is to harness our collective passion for construction to make a positive difference in people's lives and our communities. 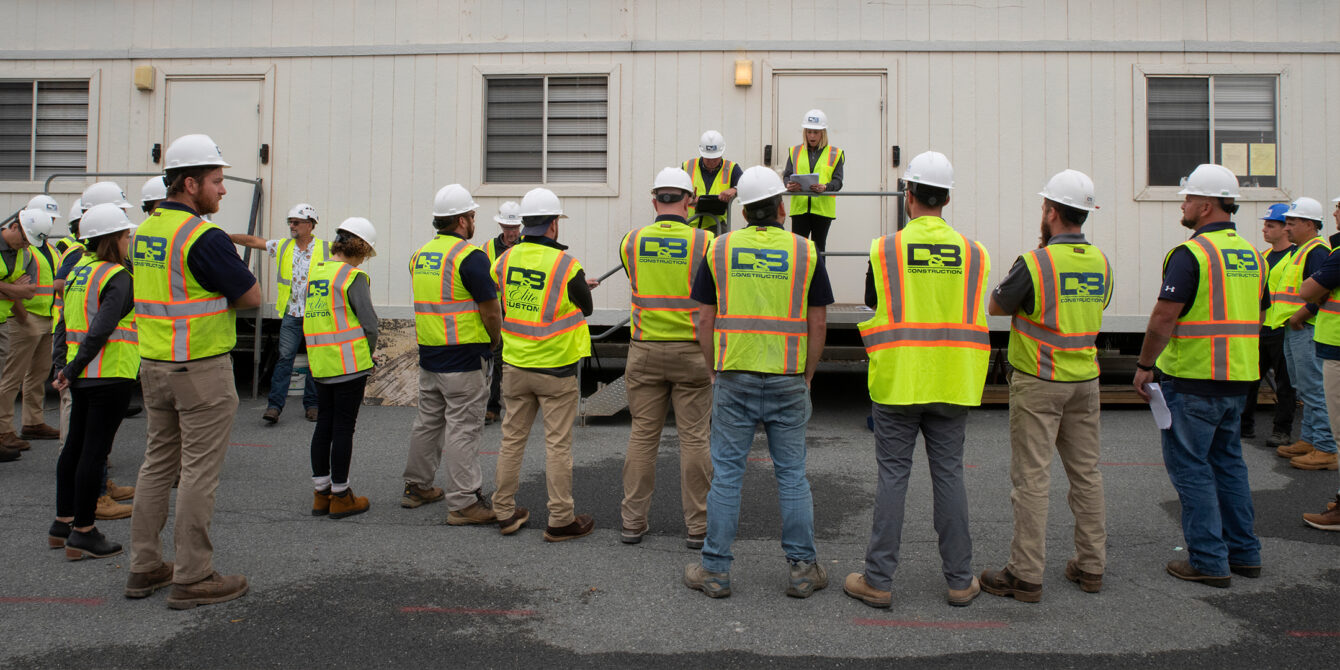 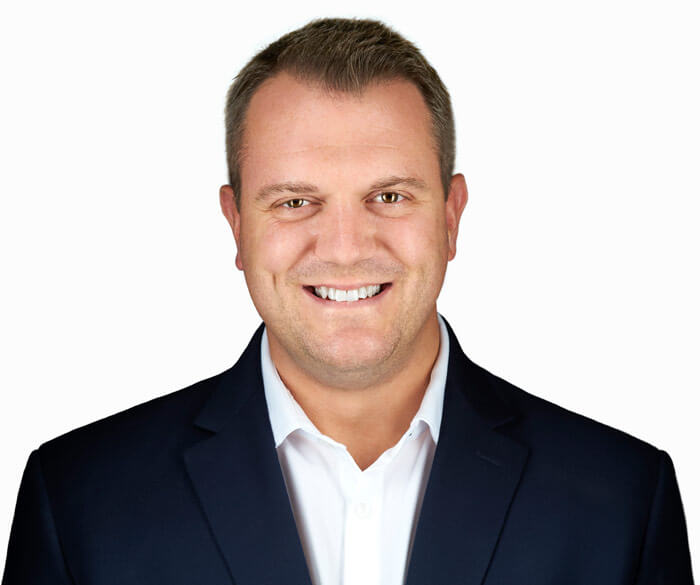 Gring started in the construction business while attending Elizabethtown College during an internship with Ryan Homes. After college, he took a position with Richmond American Homes in the company’s Delaware Valley Division, eventually being promoted to site superintendent. In February 2011, Gring founded D&B Construction Group in Berks County with his partner and friend, Brennan Reichenbach. With over 15 years in the construction business, he has built over 300 homes and has controlled more than $10 million worth of inventory. Gring has won awards for the highest customer service and one of his communities was named community of the year. When he isn’t working with clients, or on site, he enjoys spending time with his wife, two daughters, and son, as well as playing golf and fishing. 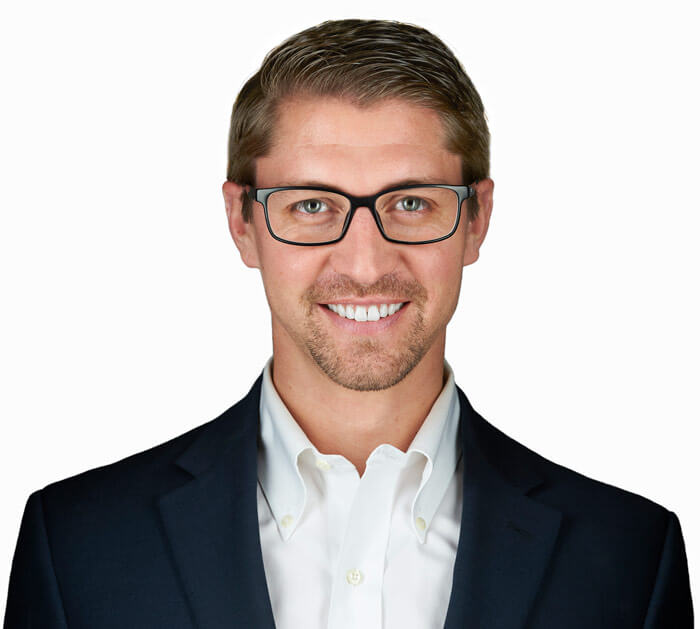 Brennan Reichenbach leverages his vast knowledge of the construction industry to implement and establish processes, workflow, cutting edge technology, and sales to drive the daily and ongoing operations of D&B Construction to support maximum efficiency.

Brennan, like Dan Gring, also started in construction while attending Elizabethtown College. Brennan worked for Ryan Homes in the Washington, D.C. metro area. After receiving his degree in Business Administration, Brennan moved on to become a construction site superintendent for Richmond American Homes in the company’s Delaware Valley Division, building homes in Delaware, New Jersey, and Pennsylvania. In February 2011, Brennan founded D&B Construction Group with Dan Gring. With over 15 years of construction experience, Brennan has built 250 houses and won awards for community of the year and customer service. Brennan enjoys spending time with his wife and four children. He loves playing and watching soccer and golf when he isn’t working with clients or on the construction site. 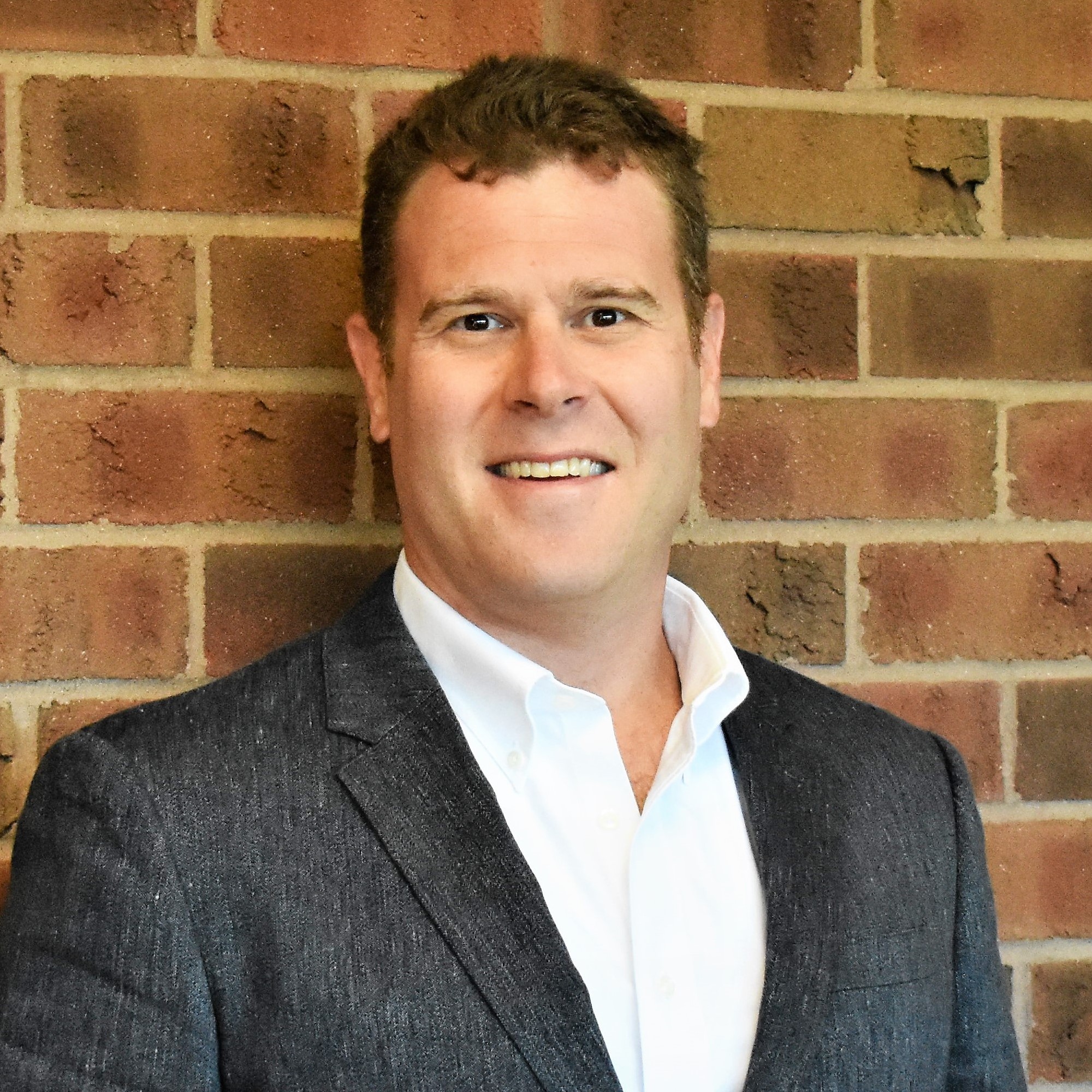 Josh Lytle serves as Chief Financial Officer for D&B Construction. He has held various financial leadership roles for multinational retail companies in New York, including leading the Global Financial Shared Services team at Kate Spade New York and an FP&A team at The Children's Place. Josh's primary areas of expertise are corporate financial planning, financial systems, business integration, and financial operations. He holds a Master's Degree in Business Administration with a focus in Finance from Villanova University. Josh earned his undergraduate degree in Economics from the University of Delaware. 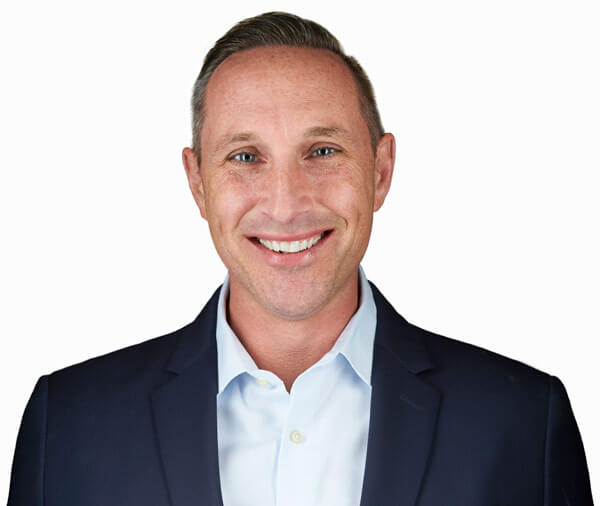 Mike Williams is a seasoned professional and holds 20 years of experience in the construction industry. He has held executive leadership roles among many organizations, including National Homebuilders. Mike has played an active role in award-winning projects that have been highlighted for their superior design, delivery, and cost-efficiency. He is a graduate of Mount Saint Mary’s University with a BS in Business.

Mike is in charge of managing the daily operations of the Philadelphia team. His strengths lie in his exceptional ability to construct and facilitate cohesive teams, interface with public agencies, and liaise with key stakeholders.

When Mike is not working, he enjoys spending time with his family at the beach and coaching rugby at the High School and Collegiate levels. 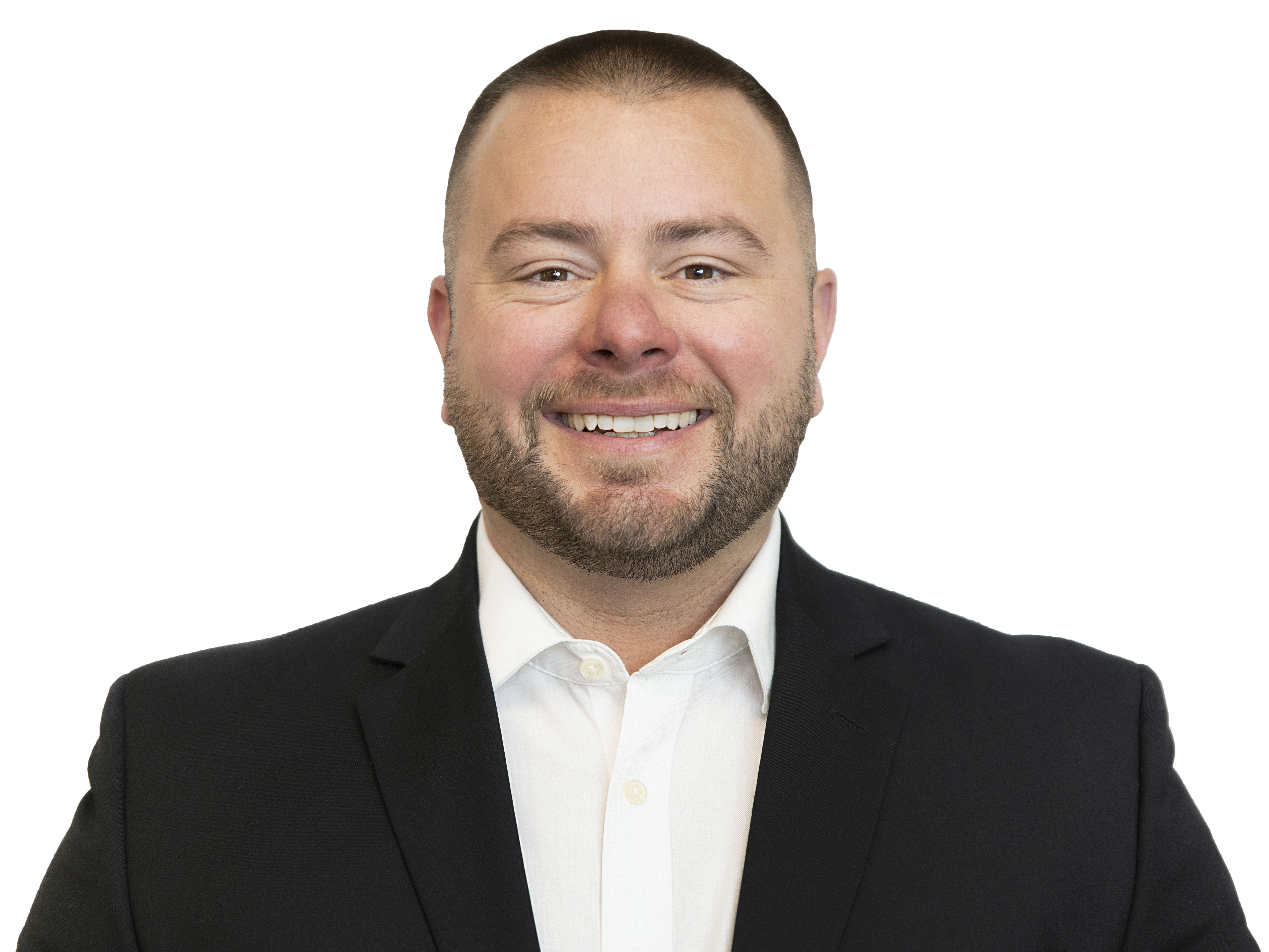 Mark Keever is well-rounded, dedicated, and experienced with over 18 years in the construction industry. He is extremely proud that he “started from the bottom,” first entering the industry as a maintenance technician for a regional senior assisted living facility where he gained much hands-on experience. Mark also worked for a large commercial electrical firm for 4 years, and he was promoted to Foreman after just 1.5 years. During his time at a small, local construction company, Mark’s grit and commitment to his work were evident, and he quickly worked his way up from “swinging the hammer” to General Manager.

Mark grew up near our Reading headquarters, graduating from Wilson High School West Lawn, where he was an all-county and all-league football player, and studying Business at Penn State University’s Berks Campus. He enjoys spending time at the beach with his wife, Kelsey, and two kids, Peighton and Cole. Mark also enjoys golfing, fishing and going to the gym in his spare time. 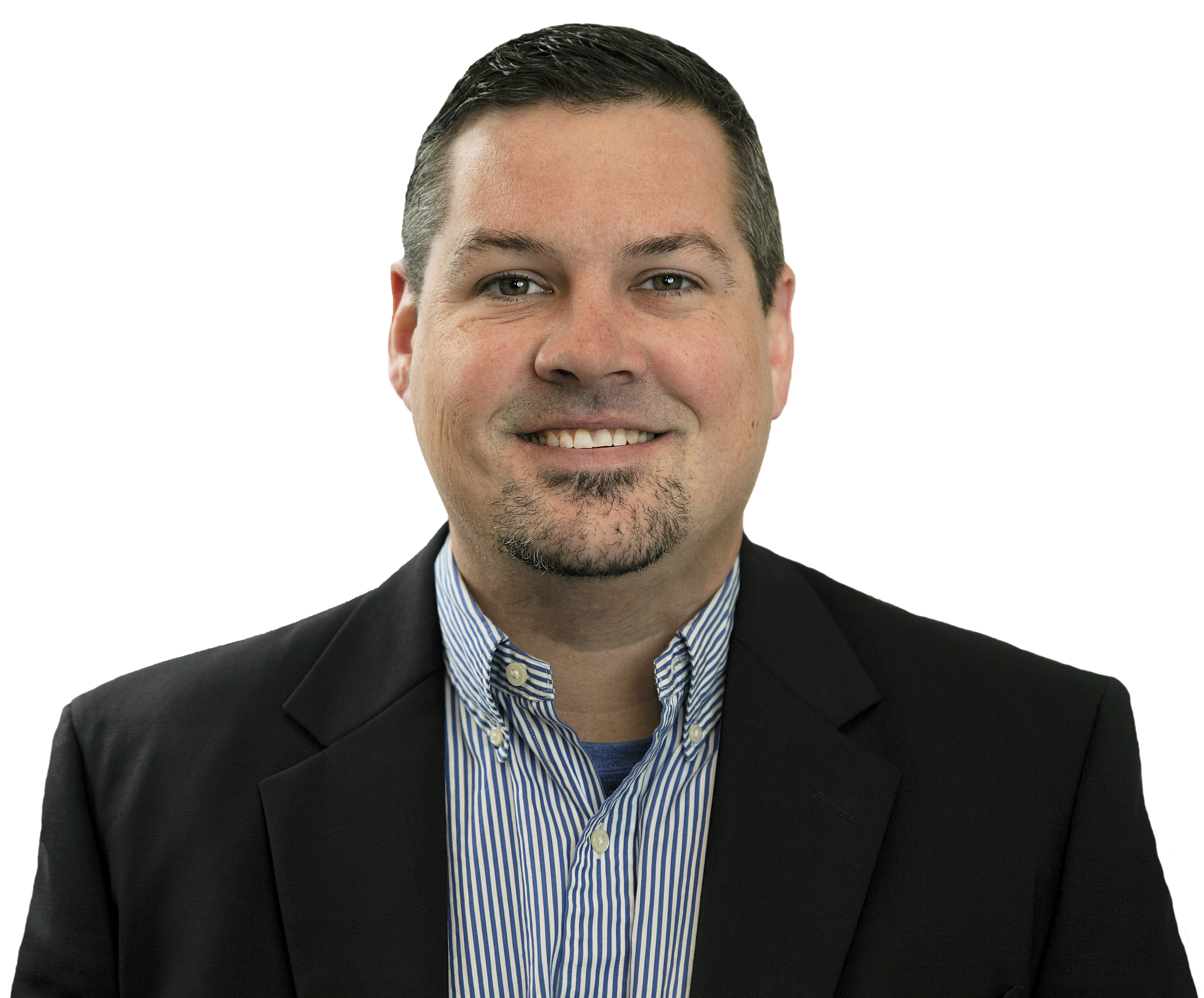 Drew Bell, of Wyomissing, brings over 10 years of marketing and business development experience to D&B Construction Group. Prior to joining the team in March of 2020, Drew served as the Business Development Officer at Tompkins VIST Bank. He was also the President of the Reading Royals professional hockey team for three years. Drew is a strong believer that “genuine opportunities come from trust based on knowledge and sincerity.” His dedication to creating and strengthening mutually beneficial partnerships to make collective solutions and his contagious, positive attitude make him not only a huge asset to our team, but a well-respected individual throughout the communities we serve.

Drew graduated from Penn State University with a Bachelor’s Degree and received his J.D. from Widener Law School. Active in the community, he is a member of the Berks and Pennsylvania Bar Associations and a committee member for Berks Catholic High School. He previously held board positions with the Greater Reading Convention and Visitors Bureau, as well as the Gilmore Henne Community Fund, Boy Scouts of America Hawk Mountain Council, and Salvation Army of Reading.

Born and raised in Wayne, PA, a suburb of Philadelphia, Drew relocated to Reading in 2010 with his wife, Maryanne Post, after the two graduated Law School. Drew and Maryanne live in Wyomissing with their three kids Charlotte, Amelia and Scotty. In his free time Drew loves to golf and be outdoors. 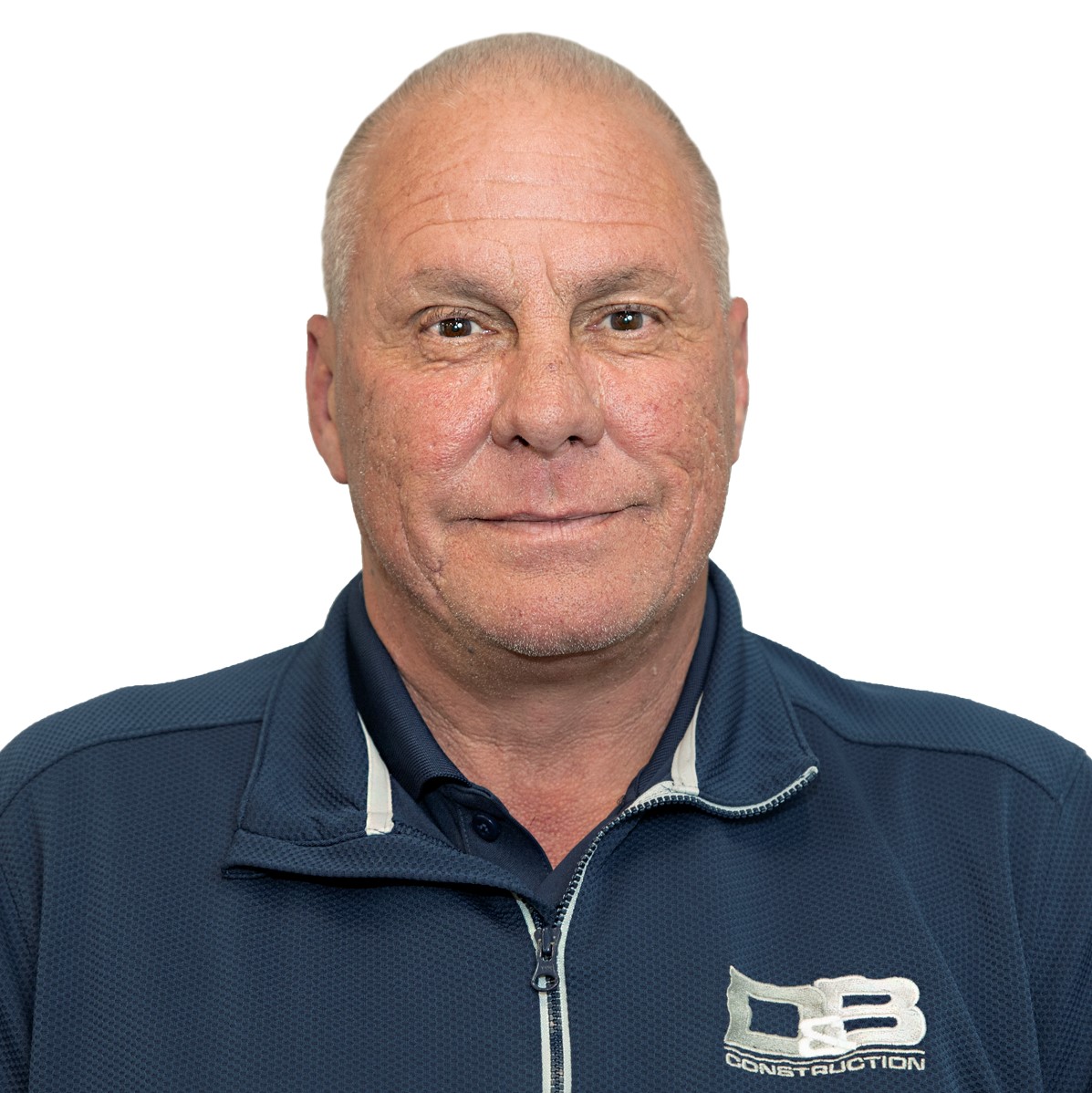 Tom Rinaldo is a proven professional with 38 years of experience in the industry. He has been with D&B Construction Group since April of 2016. Tom joined our team as a Superintendent, having over three decades of experience developing, maintaining, and enforcing project site logistics for projects valued at up to $34 million.

His experience in a wide range of projects, ranging from multi-family housing complexes to healthcare facilities, and his well-versed background in all aspects of the industry made it a no-brainer that he was more than qualified to be one of D&B's Vice Presidents of Construction. Tom also became our Safety Director in 2018. He manages site safety, quality control, construction services and project schedules on numerous large-scale projects simultaneously. Tom is viewed as a mentor to many young Superintendents and Project Managers learning the construction industry.

In his free time, Tom enjoys spending time with his family and grandkids, relaxing at his cabin in upstate Pennsylvania, and going to NASCAR races and football games. 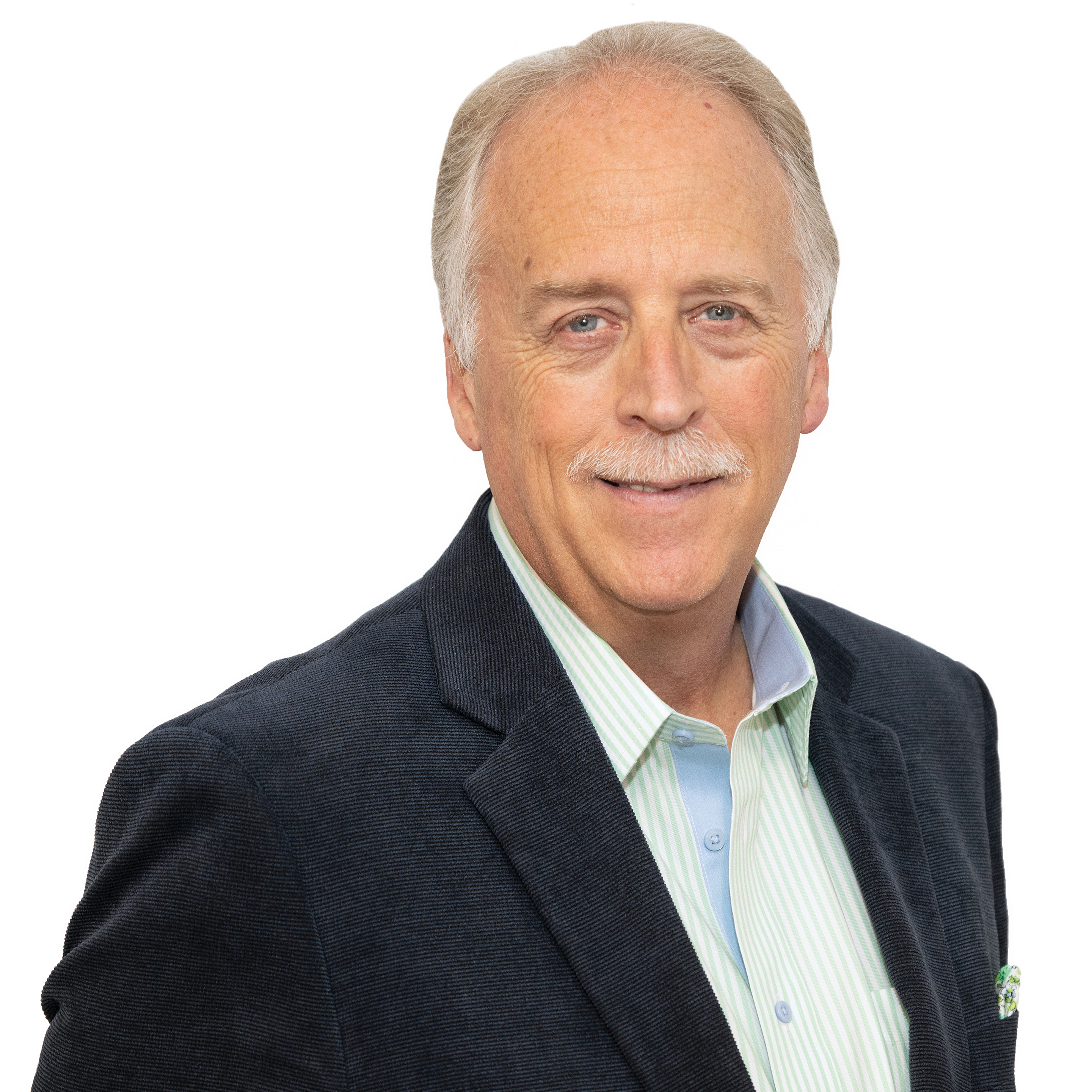 Tom Bradley can be described as an accomplished veteran of the industry. He earned his Master of Architecture from the Catholic University of America, where he was a graduate teaching assistant. Tom joined Team D&B with 45 years of experience in real estate, design, development, construction and construction management of commercial and residential projects. He has an extensive background in multiple sectors, having completed five million square feet of commercial office, healthcare, tenant improvements, retail and base building design and construction throughout his career. This is all in addition to constructing two nuclear power plants, 13 hotel projects, and student and multi-family housing projects in excess of $1.5 billion dollars.

A born leader, Tom has mentored many individuals over the years through his time in senior leadership roles and as an instructor. He has written several Property Management and Project Management training courses for IREM and BOMA, along with a full commercial office T.I. Standard program for building owners and tenants.

Tom is an avid and highly experienced motorcyclist, road racer and past PA Motorcycle Safety Foundation instructor. With 1.2 million miles of motorcycle touring, 22 cross country trips, over 35 years of pro-amateur road racing, and experience as a safety Corner Captain at well-known tracks like Indianapolis Motor Speedway and Daytona, he enjoys the open road in his spare time. Tom is also an accomplished photographer. 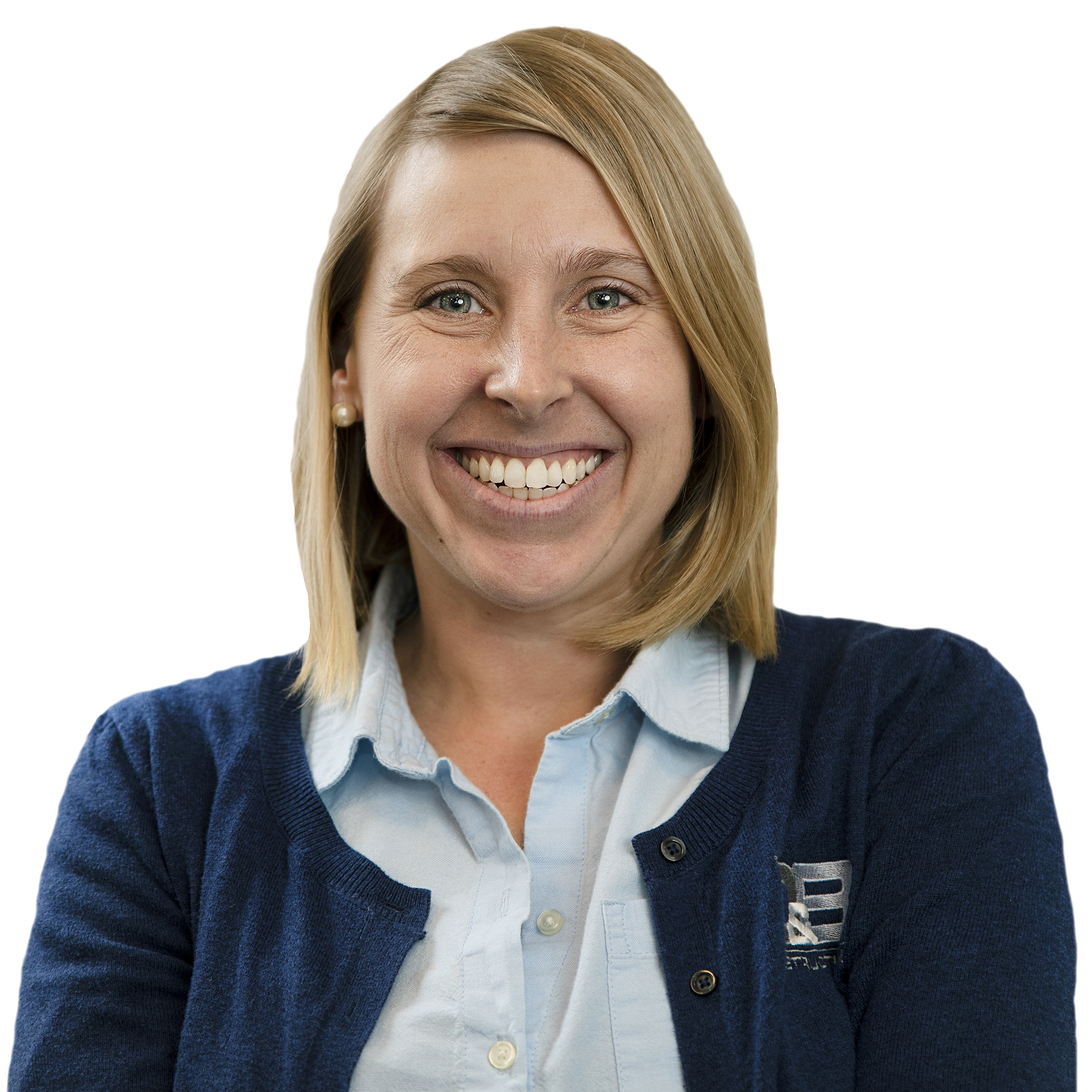 Jessica is strategic, driven and dedicated. She graduated from Philadelphia University with a BS in Interior Design and has been in the industry since 2006. Jessica was an Interior Designer at Watkins Architect for nearly 7 years conducting program meetings with clients, completing conceptual design / construction drawings, researching standards and codes, and coordinating with building contractors. She also worked at Fleetwood Fixtures, holding many positions from Estimator to Project Manager. Here, Jessica collaborated with retailers and design teams to create custom branded retail fixtures for clients including Calvin Klein, Michael Kors Footwear, Canada Goose, Birkenstock, and The North Face. She managed projects ranging from single flagship stores to national rollouts, designing over two dozen Harley-Davidson showrooms from Juneau, Alaska to St. Augustine, Florida.

In July of 2017, Jessica joined D&B Construction as a LEED AP certified Project Manager, effectively running many jobs for both residential and commercial clients. She has completed many impactful projects local to the Wilson area she grew up in, including work for Tower Health, Penn National Gaming, Hottenstein Orthodontics, S&T Bank, Gold’s Gym, and more. After nearly 4 years as one of our Project Managers, Jessica shifted into a new role as our Operations Manager where her many skills as a management professional shine. 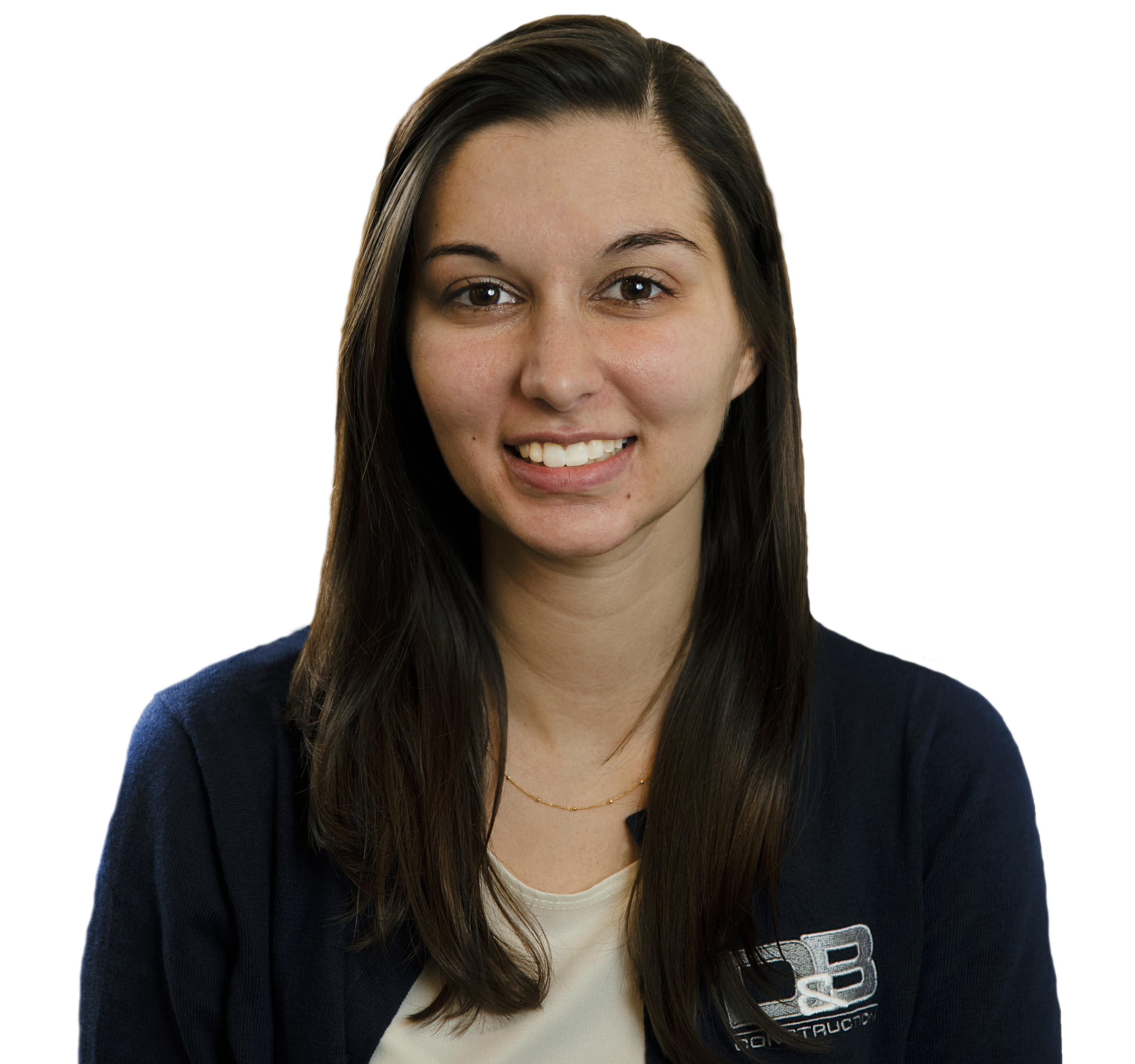 Angela Cremer is an ambitious, proactive, and innate communicator. She graduated Summa Cum Laude from Albright College with a degree in Public Relations and Advertising. While at Albright, she gained hands-on experience as an Editor of the college’s Arts Magazine and through her work with Dr. John Pankratz’s Faces of Reading +10. This project involved photographing and interviewing over 660 new and returning individuals to analyze a decade of change throughout Reading, PA. An art exhibition culminated the project at Freedman Gallery. Upon graduating, Angela had various local clients trusting her with their marketing, so she and her business partner opened an office at the Goggleworks.

She joined team D&B in October 2020 with a demonstrated knowledge of digital/print marketing, Public Relations, and photography/design, having worked as the Director of PR for a restoration company, on Boscov’s Department Stores’ corporate digital marketing team, and through her many marketing and photography clients over the last six years. As a visual communicator, Angela loves telling the stories of building and enhancing communities that working in the industry brings. 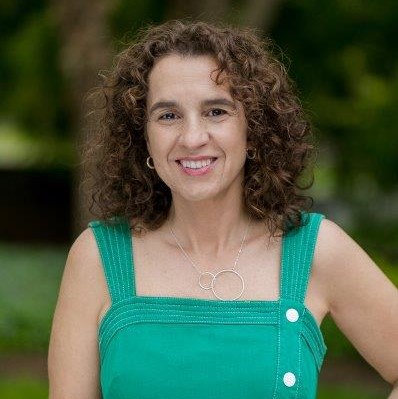 We are a full service construction management firm specializing in ground up design builds, existing and new healthcare, multi-family, commercial, institutional, and industrial dwellings. We work with our clients to meet the needs of their businesses within their budget and on time.